The World of Dinosaurs: An Illustrated Tour 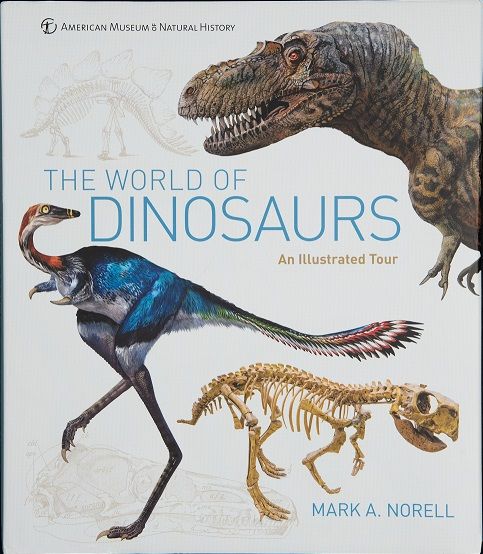 Dinosaurs have held sway over our imaginations since the discovery of their bones first shocked the world in the nineteenth century. From the monstrous beasts stalking  Jurassic Park  to the curiosities of the natural history museum, dinosaurs are creatures that unite young and old in awestruck wonder. Digging ever deeper into dinosaurs €™ ancient past, science continues to unearth new knowledge about them and the world they inhabited, a fantastic time when the footprints of these behemoths marked the Earth that we humans now walk.

Who better to guide us through this ancient world than paleontologist Mark A. Norell? A world-renowned expert in paleontology, with a knowledge of dinosaurs as deep as the buried fossils they left behind, Norell is in charge of what is perhaps America €™s most popular collection of dinosaur bones and fossils, the beloved displays at the American Museum of Natural History in New York. In  The World of Dinosaurs, he leads readers through a richly illustrated collection detailing the evolution of these ancient creatures. From the horns of the  Protoceratops  to the wings of the  Archaeopteryx, readers are invited to explore profiles of dinosaurs along with hundreds of color photographs, sketches, maps, and other materials-all rooted in the latest scientific discoveries-sure to both capture the imagination and satisfy a prehistoric curiosity.  The World of Dinosaurs  presents an astonishing collection of knowledge in an immersive visual journey that will fascinate any fan of Earth €™s ancient inhabitants.

Mark A. Norell  is Division Chair and Macaulay Curator, Curator-in-Charge of Fossil Amphibians, Reptiles, and Birds, Division of Paleontology at the American Museum of Natural History in New York. One of the most respected living paleontologists, Norell is a professor at Richard Gilder Graduate School, has held faculty appointments in the Department of Biology at Yale University, and has taught at Columbia University and the City University of New York.