The West: An Illustrated History 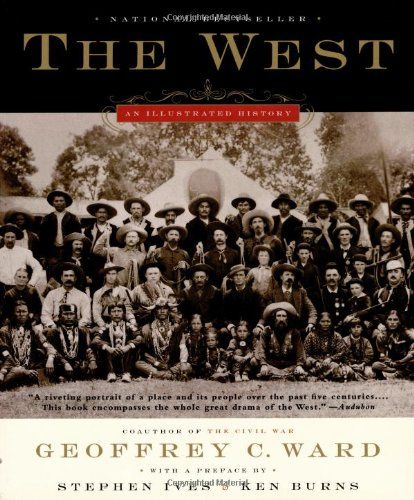 For the first time in paperback comes the magnificent, copiously illustrated companion volume to the landmark PBS television series. 400+ illustrations, many in full color.


The companion volume to the stunning PBS television series, and an encore the acclaimed bestsellers The Civil War and Baseball. In a vivid narrative that begins with the arrival of the first Europeans and ends well into the twentieth century, author Geoffrey C. Ward provides a gripping journey through the turbulent history of the region that has come to symbolize America around the world. Drawing upon hundreds of letters, diaries, memoirs, and journals as well as the latest scholarship, and vividly illustrated with over 400 photographs, many of them never before published, The West: An Illustrated History chronicles the arrival of wave after wave of newcomers from every direction of the compass, each of which invested the harsh but majestic western landscape with its own myths and desires and dreams.

It is the central story of America, a story filled with heroism and hope, enterprise and adventure as well as tragedy and disappointment. It explores the tensions between whites and the native peoples that they sought to displace, but it also encompasses the Hispanic experience in the West, from the time of the conquistadors to the transformation of a Mexican-American village called Los Angeles into the region's major metropolis; the lives of Chinese immigrants who called the region "Gold Mountain"; and the ordeals of freed slaves from the South who sought a better life homesteading on the Great Plains. This book is as sprawling, vast, and rich as the history and land it describes.