Pterosaurs Flight In The Age of Dinosaurs Exhibit Catalogue 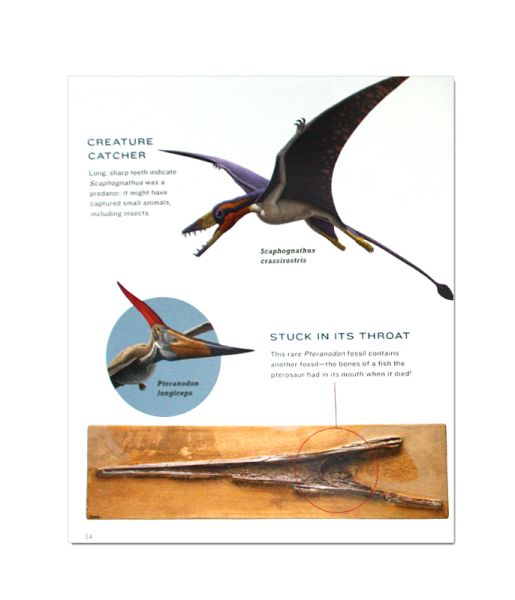 Skip to the beginning of the images gallery
$14.95
In stock

Flight in the age of dinosaurs. They flew with their fingers. They walked on their wings. Some were gigantic; others could fit in the palm of a hand. Millions of years ago, the skies were ruled by pterosaurs, the first animals with backbones to fly under their own power - not just leaping or gliding, but flapping their wings to generate lift and travel through the air. Pterosaurs (from the Greek word pteron, meaning "wing," and sauros, "lizard") were closely related to dinosaurs, but had streamlined bodies, narrow jaws, and long forelimbs adapted for life in the air. Fossils reveal the vast diversity of these extraordinary flying reptiles. More than 150 species have been discovered in excavations around the globe. Scientists believe there are many more pterosaur species that have yet to be discovered.

PTEROSAURS FLIGHT IN THE AGE OF DINOSAURS exhibit catalog takes you on a journey through the magnificent Pterosaur exhibition at the American Museum of Natural History. With 63 pages of vibrant glossy images and at-a-glance information blocks, learn about these amazing prehistoric creatures and their time on Earth during the Mesozoic Era.

Pterosaurs Flight in the Age of Dinosaurs Curated By: Mark A. Norell, Curator and Chair, Division of Paleontology, AMNH and Alexander W.A. Kellner, Associate Professor, Museu Nacional/Unversidade Federal do Rio de Janeiro, Brazil with the assistance of Michael Habib.

Published By: American Museum of Natural History, Ellen V. Futter, President, in conjunction with the Museum's exhibition Pterosaurs: Flight in the Age of Dinosaurs, on view at the museum from April 5, 2014 through January 5, 2015.